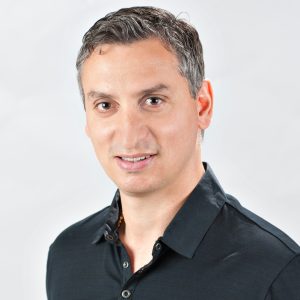 Dr. Nach Daniel is a dental specialist in Oral and Maxillofacial surgery. He attended the University of Montreal where he earned a bachelors degree in Science before earning a Masters degree in Biochemistry. He then obtained a Doctorate degree in dental surgery from the University of Montreal. From there, Dr. Daniel completed a one-year multidisciplinary residency in Dentistry and then started his specialty degree in Oral and Maxillofacial Surgery at Laval University. He is a Fellow of the Royal College of Dental Specialist of Canada.

In 2006, Dr. Daniel established his private practice of Oral and Maxillofacial Surgery in Moncton and then in Fredericton, NB specializing in Oral Facial Rehabilitation and Dental Implants. He has completed advanced training in bone grafting and dental implants (including zygomatic implants) both at the Nobel Biocare Institute and the ITI Institute in Switzerland. He currently holds medical staff privileges at the Moncton Hospital where he performs orthognathic and reconstructive surgery as well as treatment of maxillofacial trauma.

He is currently the director of the ECOS Continuing Education Centre providing training in Oral Rehabilitation and Dental Implants. His training facility was recently recognized as one of the North American centers for the All-on-Four technique. Dr. Daniel is also actively involved in clinical research in collaboration with McGill University and has published numerous scientific articles.

Dr. Daniel remains quite involved in the Moncton community and loves to spend time with his family.

Dr. Eric St-Germain is a dental specialist in Oral and Maxillofacial Surgery. He attended the University of Montreal where he earned his dental degree in 2002. Following dental school he helped establish Penobscot Community Dental Care clinic in Bangor, Maine. He then proceeded to complete a five-year residency program specializing in Oral and Maxillofacial Surgery at the ‘’Hopital de l’Enfant-Jésus’’ in Quebec city in 2009. From there, Dr. St-Germain underwent specialized training in Oral Pathology at Western University in Ontario. He is a Fellow of the Royal College of Dental Specialist of Canada.

Since then he has established his practice in all aspects of Oral and Maxillofacial Surgery in Moncton, New Brunswick. He has medical staff privileges at the Moncton City Hospital where he provides treatment for Maxillofacial Trauma and Orthognathic Surgery.

Dr. St-Germain loves to spend time with his family in Quebec and New Brunswick. 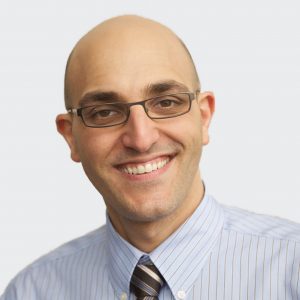 He is currently the Director of the Division of Restorative Dentistry. He is also the Director of DENT 220. His main teaching responsibility is centered on training the students in Fixed Prosthodontics. His participation in the curriculum is at numerous levels. He provides the students with their basic pre-clinic training in fixed prosthodontics as they enter the dental curriculum in the second year. He also delivers all the courses related to fixed prosthodontics in the third year restorative course as well as the advanced restorative concepts in the fourth academic year. Dr. Abi Nader is also actively involved in updating and improving the restorative as well as the implant curriculum.

He was awarded the W.W.Wood for excellence in dental education, the Ralph Silverstone award in recognition for an outstanding contribution to the development of the undergraduate teaching program in dentistry as well as the McGill Dental Students’ Society award for his involvement in the simulation training. He was recently awarded the Howard S. Katz award for his contribution to the undergraduate education at the faculty.

His research interest is mainly concentrated on implant dentistry. He has authored and co-authored a variety of articles in peer reviewed dental journals.

In addition to his academic position, he has lectured both locally and internationally on a variety of topics for both general dentist and dental specialist. Dr. Abi Nader currently holds a part time practice in downtown Montreal and Moncton – New Brunswick.